Shortness Of Breath, Allergies, Digestion, Emotions are ALL Caused or Worsened By The Way We Breathe 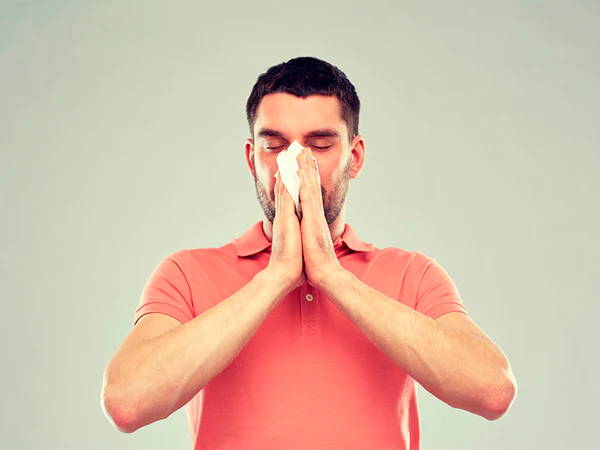 A common cofactor is in the way we breathe.

My research leads me to believe that for most people, the primary reason for many forms of shortness of breath (SOB) and asthma is a combination of 5 factors. But one of them (number 5) seems most prevalent:

1. Toxic residues (toxemia)
2. poor digestion,
3. unresolved emotions such as fear and grief,
4. bad air,
5. The poor way they breathe (breathing mechanics and physical  restrictions
6. Various combinations of the above

Let's use asthma as an example as it is most commonly associated with shortness of breath SOB.

With ALL 5 primary factors present I believe most would have symptoms of shortness of breath attributed to what science often calls asthma. But "science" often mis-diagnoses asthma. My observation is that there are many factors that are not being weighed properly. Asthma, like tomato catsup or soup may have 57 or more varieties.

Though they can be a good temporary or emergency solution, this makes it rather silly to try to address it with some sort of symptomatic solution like drugs and steroids.

A huge and heretofore unconsidered factor in many forms of shortness of breath including those indicative of asthma is that they are largely caused by an underlying condition of poor breathing mechanics ie;

When the breathing is out of physical balance or coordination we are either often or always low on energy or a little or a lot more nervous and produce excessive adrenaline. More adrenaline causes histamine production to balance it out; similar to sugar/insulin balancing.

The histamine causes engorgement of the airways. That is why we often take antihistamines when having a cold;   To open the airway passages by reducing the histamine that swells them up.

The nervous system evolved that way because for survival purposes the flight, fight, fear center (high chest) is closer to the take action part of the brain then is to the rest, digest and heal center (in the lower abdomen). (if we do not survive we do not need to heal).

There is very little lung volume in the high chest.

The more we breathe up into the top of the chest and try to get breath from there, the more we feel anxious because the air supply becomes less and less available. So we try harder and harder to get breath in.

The more we gasp, strain and breath-heave the more the breathing tightens up and the less we are able to breathe easily.  This eventually can lead to extreme expressions of headaches, chest pains, panic attacks, asthma and even heart attacks.

Then comes the emergency usage of inhalers and steroids to widen or reopen our airways.  It is commonly known that steroids and inhalers do nothing for the cause of the shortness of breath and are actually over time, mostly harmful to the body.

Poor digestion is both a cause of bad breathing and a byproduct of bad breathing. A cause in that it forces the lungs to overwork to process toxins. Those toxins clog up the airways and tiny pathways and capillaries of the breathing system.

Every activity of the body requires energy usage. Even breathing has an oxygen cost.  Poor breathing inhibits the parasympathetic nervous system-PNS aspect of the nervous system that is responsible for digestion.

You digest your food best when you have plenty of energy to do that with. That makes resting the best time because you can use that extra energy to process your food.  If you cook your food you kill the enzymes so you must replace them or you have to use your (metabolic enzymes) body’s internal living and healing life force to process the already devitalized food: a big reason people go to sleep after a big meal.

See an enlightening  pdf for a  graphic example of undigested food. This feeds itself (pun intended) and the extra weight makes it harder to breathe and burn off the weight. Optimal Digestion

Calming, digestion, and healing go together.

The calm, digest, and heal breathing pattern is low abdominal (front side and back) with chest involvement in proper proportion (next to none and only on deep breaths) to the entire breathing system.

Unbalanced or high chest breathing inhibits the natural digestion process of the body. If we are in some state of anxiety due to lack of proper breathing we inhibit our digestion process. White blood cells collect in the form of mucous (snot or phlegm).

Like dropping a live bleeding animal into a river full of piranha, they rush to devour it and clog up the “river’s” flow with their multitudes of  super hungry white blood cell bodies.

Toxemia also occurs from poor fecal elimination (toxemia) which of course has most of its origin in poor digestion and improper balance of liquids and soluble and insoluble fibers.

Three easy ways of telling if you are probably allergic to a food are:

The way you breathe drives the intensity of your emotions. Emotions influence adrenaline. Anger and fear add to adrenaline production. This causes constriction in the blood vessels and overtaxes the nervous and endocrine system.

The June 2001 Health Magazine reports that Japanese researchers exposed 26 allergic people to cat hair and dust, first while they watched a Charlie Chaplin  film and again while they gazed at a weather video. A good laugh cut the patient's reaction to irritants by a 75 percent.

A good cry can work a lot the same way.  The common denominator is …………..breathing.

When you stuff your emotions you often hide them with excessive eating and you often gain weight. The more weight you carry the more your breathing is restricted.

Hormonal factors can also be critical in SOB based asthma, including menses, use of exogenous hormones by women and hyperthyroidism. Hormonal factors invite pent up emotions and poor breathing which invites poor hormonal factors and each feeds off the other.  Hyperthyroidism invites excessive sympathetic (fight flight freeze fake it ) nervous system response and high chest breathing and stress induced weakening of the thyroid gland.

MUCH of emotional stress can be reduced or neutralized with certain ways of breathing. Any emotion you can breathe through will lose its grip on you. It is NOT so much about the stress but rather about the way they are breathing during the stress ie; shallow and out of balance.  The key of the stress aspect is in the breathing pattern.

My last asthma client with poor breathing mechanics took eight puffs off her inhaler the day we had the first hands on session. Three months later she still had not needed the inhaler. When the proper breathing sequencing is re-established the drugs are much less or no longer needed.

The possibility of asthma’s misdiagnosis should be considered. In my experience, when optimal breathing mechanics and sequencing are re-established, the vast majority of so called asthma based SOB symptoms will reduce or vanish.

Conditions that can accompany asthma based SOB include bronchitis, chronic obstructive pulmonary disease, congestive heart failure (the heart often fails due to long term poor breathing), airway obstruction due to various causes, vocal cord dysfunction (has a lot to do with UDB and food allergies) and esophageal spasm.

When the breath, supported with proper physical posture, is flowing strongly enough through the esophagus, it helps to reform its optimally natural shape, from the inside out.

Spirometric measurement at each office visit or routine use of a peak flow meter by the patient is needed to confirm the effectiveness of the treatment strategy. A reduction in Spirometric measurement of 20 percent in the forced expiratory volume in one second (FEV1) from the best baseline measurement is an accepted sign of the bronchial hyper-reactivity of asthma.

But this forced exhalation needed for the test is the very action that can make asthma SOB worse because it tightens up the airways due to the forced exhalation. Try it five times in a row and you will probably see your ability to breathe impaired. Breathing more easily, balanced, optimal, should IMPROVE your breathing, not reduce it.

I’ve read that because both doctor and patient often have a poor perception of the severity and source(s) of the patient's asthma, objective measurements are critical in evaluation of difficult-to-manage cases.

In my experience factors included in our Fundamentals of Breathing Improvement Video/DVD, when taken together add up to dependable objective, moment to moment breathing evaluation. If you have not yet taken our Free Breathing Test you are encouraged to do so.

Give yourself or a loved one every chance of developing optimal health and of avoiding, reducing, or eliminating any need for prescription drugs.  If someone feels short of breath, check it out with a doctor to rule out a life threatening condition.

Regardless of the diagnosis, get our primary breathing development program. Unconditionally guaranteed and make great birthday, un-birthday, or holiday gifts; the gift of the breath of life.