He may be the leading breathwork teacher in the world.

Experience How Breath Awareness and Conscious Breathing Will Maximize Your Life. 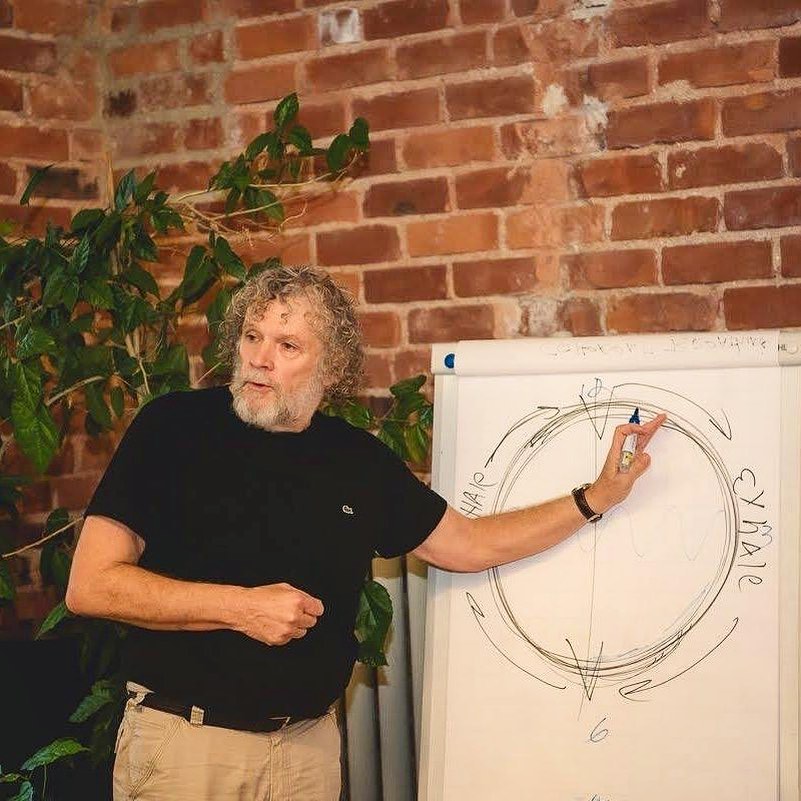 "Breathing is the link between body and mind, between spirit and matter, between the conscious and the subconscious mind. The breath is a force, a bridge, a tool. It connects us to each other, and to our own nature, our source." DB

As a world-renowned pioneer in Breathwork, Dan trains the people of the world to use the power of breath and breathing to relax and energize their body, focus and expand their mind, calm and balance their emotions, and nourish and uplift their soul.

Few people in the world have more hands-on experience in Breathwork. More than 150,000 people in over 60 countries now apply Dan’s breathing exercises and techniques in their work and in their lives. Among them are Olympic champions and elite martial artists, leading psychotherapists and medical experts; monks, meditators, hospice workers and yoga teachers, performing artists, personal trainers, substance abuse and pastoral counselors, health practitioners, life coaches, and business executives, and peak performers like Tony Robbins.

Dan is the author of: “Shut Up and Breathe,” “A Formula for Transformation,” “The Principles of Breath Therapy,” “Zen and the Art of Breathing,” “Stress and Breathing,” “A Brief Introduction to Chinese Medical Breathing Exercises,” “The Art and Science of Breathwork,” and “Spiritual Breathing.”

He originally trained as an X-Ray Technologist at New England Medical Center (University Hospital) and Northeastern University (1969-1971). He served in the US Navy during the Vietnam era as an independent duty hospital corpsman, Deep Sea Diver, and Emergency Medical Rescue Specialist until 1976. Then he worked as a CPR, First aid, and Emergency Medical Technician instructor/trainer.

He majored in Human Development and Learning at the University of Massachusetts Dartmouth, and graduated in 1984 with a Bachelor of Science degree in Business and Education. In 1985, he designed and completed a Master’s Program in the Healing Arts at Lesley University in Cambridge, called “The Breath as A Tool for Health Growth and Change.”

Dan is a lifelong student and practitioner of the Healing Arts, Zen, and Meditation. He co-founded and directed “The Growth Center, Inc.:” one of New England’s first Alternative Education and Holistic Healing Centers. He developed the first-in-the-nation “Stress and Coping” program for American Red Cross workers. He was the founding president of the New England Self-Esteem Council and the Director of Youth Education for the Council on Alcohol (where he designed and implemented a substance abuse prevention program called “Alternatives to Alcohol,” for the New Bedford public school system.

Dan studied with Qigong Master Hu Bin at the Academy of Chinese Medicine in Beijing. He lived in the Osho community in Oregon, and took part in the original Breath Therapy Program at the Rajneesh International Meditation University. He learned “Prana Yoga” from Swami Rama and did biofeedback training at the Himalayan Institute in Pennsylvania. He also studied “Breathing Coordination” with Carl Stough at the Stough Institute in New York.

He has studied and traveled extensively with Leonard Orr, the founder of the “Rebirthing” movement; and he has worked with Stan Grof, the founder of “Holotropic Breathwork.” In 1980, Dan traveled to India where he was initiated into “Kriya Yoga” and “Kundalini Yoga” and given the name Guchu Ram Singh by the legendary immortal yogi master Babaji (described in Paramahansa Yogananda’s famous book: “Autobiography of a Yogi.”). In 1985, he was invited to China by Master (Doctor, Professor) Hu Bin to study and practice Medical Chi Kung at the Academy of Chinese Medicine in Beijing.

In 1990, Dan founded One Sky International, to foster business, educational, and cultural exchange between the USA and the USSR. He attended the First International Free Breathing Conference in Moscow. The response to his work was so strong and enthusiastic that he moved his practice to Russia, where he worked closely with leaders in the world peace and human potential movements.

Dan has taught Breathwork to over 25,000 people in Russia, including more than 500 medical doctors, psychiatrists and psychologists. He contributed to a ten-year study of Breathwork with members of the Russian Academy of Science; and he worked directly with world champion Greco-Roman wrestler Alexander Karelin, and members of the Olympic judo, triathlon, tennis, and sailing teams.

In 2000, he organized One Sky International Life Skills and Healing Arts Institute. From 2001 to 2003, he served as Chairman of the Massachusetts South Coast Hospitals Group’s Cardiovascular Health Committee and Youth Risk Behaviors Task Force. There he helped design and implement cutting edge science based community health promotion and disease prevention initiatives.

Dan is a co-founder of Baja Bio Sana (www.bajabiosana.com), an intentional community, a teaching and Learning Center, a Permaculture Demonstrations Site, and “eco chic” Resort Retreat. It is the home of the worldwide Breathwork Training Movement.

Dan is a frequent local and national radio and television guest, and he has done seminars, workshops and trainings in such diverse locations as: The Open Centre in London, Aurora College in the Northwest Territories of Canada, the National Conservatory of Music in Estonia, the Catholic University and the San Pedro Federal Penitentiary in Bolivia, the Bashkir State Medical Institute in Ufa, the Kripalu Yoga Center in Western Massachusetts, and at the Ritz Carlton Hotel in Cancun, Mexico.

In his own words…

“Someone recently asked me how I manage to do all this traveling, being away from home so much. I replied that it was simple. Life is a journey, and I am at home wherever I go, wherever I find conscious, heart-centered people who are committed to growth in awareness and love; to healing in spirit, mind and body.

My family and friends have always supported me in my quest for Peak Performance, Optimum Health, and Ultimate Potential. Breathwork is my passion and my profession on this journey. I live in service to everyone who is drawn to discover, explore and develop the unlimited Power and Potential of Breath Awareness and Conscious Breathing…

I celebrate the opportunity to travel and teach because it enables me to share my love of Spiritual Breathing, and to promote and advance, and keep learning the Theory and Practice–the Art and Science–of Breathwork.

Our generation has given birth to a unique healing modality. The Conscious Breathing Movement is still in its infancy; and in terms of my own practice, it seems to me that I am still a toddler!

visit breathmastery.com and The Breathing Festival